The War Remnants Museum is one of Ho Chi Minh City’s main attractions along with the Reunification Palace. The Museum has permanent and temporary exhibitions related to the First Indochina War (1946 – 1954) and, mainly, to the Vietnam War (1955 – 1975).

Exciting! Shocking! A punch to the stomach! These are some of the words used by visitors to describe the War Remnants Museum. This is because the museum highlights the suffering of people in times of war, especially that resulting from the practice of torture and the use of chemical and incendiary agents (Napalm) by the US and South Vietnam Forces during the Vietnam War. The images are really sad.

Undoubtedly, it is a place to think about the war, about the military interventions, and about the lies used by governments to justify the wars. Above all, it is a museum about the human being.

To Sum up, it’s a Must-Visit Museum in Ho Chi Minh City, Vietnam!

About the War Remnants Museum

The War Remnants Museum was created in 1975 shortly after the fall of Saigon. Originally, it was called “Exhibition House for US and Puppet Crimes” and installed at the former United States Information Agency (USIA) building.

As Professor Christine Schwenkel points out, over time, the museum has undergone a metamorphosis that reflects the changes in the economic and political relations established with other countries.

In fact, in the late 1970s, during conflicts with Cambodia and China, the museum was renamed “Exhibition House for Crimes of War and Aggression”, adding exhibits related to the atrocities committed by these countries (Schwenkel, 2008).

These exposures were gradually dismantled and when relations with China normalized (1991), the section on Chinese hostilities was closed (Schwenkel, 2008).

With the normalization of relations with the United States in 1995 and with the end of the American embargo the previous year, the museum was renamed to “War Remnants Museum”.

It is important to remember that, after the Vietnam War, the United States severed diplomatic ties with the country and imposed a 19-year trade embargo, which was lifted by the Bill Clinton Administration (1994). A cooperation deal was established to find the remains of 2,238 missing Americans.

In addition to the exhibitions, the museum has other activities, such as interviews with war witnesses and evidence gathering on war crimes. It also performs culinary activities with typical dishes from the war: tapioca, Bánh tét (a savory cake made from rice), and Banh Vung. Today, the museum is managed by the Department of Culture, Sport, and Tourism of Ho Chi Minh City.

The War Remnants Museum is not strictly a Vietnam War history museum, but a museum focused on war crimes against Vietnamese. It has more than 20,000 documents, artifacts, and films, 1,500 of which are used in permanent exhibitions. Every exhibition has subtitles in English and Vietnamese.

Currently, the museum receives 500,000 visitors per year. At least 2/3 of them are foreigners. It is considered one of the 5 most fascinating museums in Asia.

A Vietnamese view of history

When visiting the War Remnants Museum, don’t expect to find an unbiased museum. The first evidence of this is the use of terms such as “Historical Truths” or the use of “Puppet Regime” to designate the South Vietnam government. Besides, the anti-American bias is patent.

Museum critics say that it is a government propaganda tool. In fact, the selection of facts and the interpretation of events is done according to the viewpoint of Vietnam’s Government. In addition, the museum has changed its profile as there has been a change in political and economic relations with other nations, as noted above.

Needless to say that, in war, the first victim is the truth.

The fact is that there were human rights violations by all parties involved (see, for example, what happened to Senator John McCain), as well as violations in the agreements signed, including those regarding the neutrality of neighboring countries (Cambodia and Laos). In addition, it should be remembered that after the Fall of Saigon, there was a mass breakout South Vietnamese. Those who stayed and were unable to escape were taken to reeducation fields. These facts are not represented in the museum.

This, however, does not detract the merit of the museum. Although eventually exaggerated, the facts described have strong supporting evidence and give the visitor the chance to get a different perspective of the story than that portrayed by Silvester Stalone’s movies (i.e. Rambo). The Americans and their allies were definitely not there to defend democracy in Vietnam but to stop the advance of communism in Southeast Asia. Everything was based on the so-called Domino’s Theory.

In fact, the museum gives visitors an opportunity to take a pause to reflect on the war consequences. And I go further: to reflect on the effects of unilateral military interventions (especially those of the hegemonic powers) that are not supported by the United Nations Charter. And more: a reflection on colonialism itself in the 20th century. It is very likely that none of this would have happened if, after World War II, Vietnam had an independent government.

The fact is that the lessons of the past should not be forgotten, including the lies used to justify and maintain wars. The Iraq War (2003), in this sense, is an example that history repeats itself and that “Those who cannot remember the past are condemned to repeat it.” (George Santayana).

The museum consists of a 3-story building and an outdoor area. The outdoor area comprises an exhibition of aircraft, tanks, and other military equipment and another exhibition on the imprisonment system used during the Vietnam War.

The exhibitions are all numbered from 1 to 13. We start on the second floor of the building and go down to the ground floor. Then we move on to external exhibitions. In addition to the exhibitions, the War Remnants Museum has a souvenir shop and a snack bar.

The room displays an exhibition containing photographs and documents relating to the events between 1946 and 1975. There are excerpts of political speeches and international conventions, such as the 1954 Geneva Conference.

In this room, there is a collection of photos by the Japanese correspondent Shikawa Bunyo. In 2015, he donated the works to the museum.

4. Agent Orange during the Vietnam War

In this room, there is a collection of photos by Japanese photographer Nakamura Goro, who captured the consequences of Agent Orange in the war.

This room is a children’s activity area designed to promote patriotism, anti-war sentiment, love of peace, and mutual understanding between people in the world.

In this room, there is evidence of war crimes committed by the United States against the Vietnamese population, including torture, murders, massacres, and bombers of homes, towns, and schools.

In this room, the visitor finds the hardest and saddest of exhibitions. It is a collection of photos, data, and artifacts about the use of chemical agents by Americans during the Vietnam War. The records also highlight the victims’ determination to overcome the consequences.

Because it had a high content of a carcinogen, the orange agent was the most dangerous of defoliants used by Americans during the Vietnam War. Despite not aiming to directly reach enemies, but to remove food and shelter from guerrillas, Agent Orange has serious side effects on humans and the environment.

Children who were born in areas contaminated by the orange agent suffered from multiple health problems, such as physical deformities and mental disabilities. Americans were also exposed to the herbicide and suffered the consequences. Children of veterans were also born with deformities.

Monsanto and Dow Chemicals were the two largest producers of the orange agent used by the American military in the war.

The room contains a set of paintings and drawings made by children depicting the consequences of Agent Orange. It is also a very sad room, but some drawings seek to portray moments of overcoming the adversities generated by the effects of chemical agents used by the Americans.

A room used for conferences.

10. The World Supports Vietnam in Its Resistance

On the ground floor, this is an exhibition that presents movements of resistance to the Vietnam War around the world. They are photos of protests in several countries, posters, and messages against the conflict. In the central area, there is a video presentation on peace movements.

Temporary exhibition room located on the ground floor. During our visit, there was the exhibition “Waging Peace – US Soldiers and Veterans who opposed America’s War in Viet Nam”. It is a collection of documents and photos prepared by activist Ron Carver and the Veterans for Peace movement (VFP).

12. Imprisonment System During the Vietnam War

It is an exhibition on the outside relating to the prison system created by South Vietnam and the Americans during the War. The conditions of the Chi Hoa, Thu Duc, Tan Hiep, Phu Quoc, and Con Dao prisons are depicted. The highlight of the exhibition is the use of the Guillotine and the so-called “Tiger Cage”, small cells where prisoners were beaten and tortured. One of these “Tiger Cages” on display is a small barbed wire cage.

External display of military vehicles, aircraft, and bombs used by Americans during the Vietnam War.

Take at least two hours to visit the War Remnants Museum, preferably in the morning.

However, before visiting the museum, it is recommended to read a little about the contemporary history of Vietnam and/or watch documentaries about the Vietnam War.

Doing this, you will be able to better understand the museum, the context of the facts described there, as well as perceive any exaggerations and nuances. As I said, this is not a history museum itself, but a war crimes museum.

I also recommend combining the visit to the War Remnants Museum with the tour to the Cu Chi Tunnels or with a visit to the Reunification Palace. This is a 5-minute walk from the museum.

Many were the novels, biographies, or reporting books written about the Vietnam War. The following are some reading recommendations.

The War Remnants Museum is located in central Ho Chi Minh City, right next to the Reunification Palace. It is located in District 3, but if you are staying in District 1, it is easy to get there on foot. Otherwise, I recommend taking a Taxi or a Grab (transport application). Check the location on the map.

Children and teenagers from 6 to 15 years old also pay half-price. For children under 6, admission is free. Despite this, in view of the strong images, the museum is not recommended for children.

I hope you learn a lot from the museum.  Check out all our English articles! 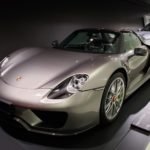 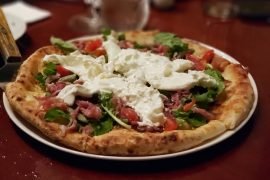