Krakow, located on the Vistula River, is one of the oldest cities in Poland and also one of the most charming ones in the country. This city, full of history, colors, and friendliness, is a must-visit destination. It’s considered a safe, clean, and cheap city. By the way, Poland is one of the cheapest destinations in Europe.

There are lots to see and to do in Krakow. Basically, the city can be divided into 3 parts: the Old Town (historic center), the Kazimierz (the old Jewish quarter), and the Wawel Castle. In addition to the city itself, there are interesting attractions to visit around Krakow! Check it out!

Krakow’s historic center is a pleasant place to wander and to contemplate the beauty of its squares and buildings. It was spared by World War II bombings and, therefore, it keeps its charm intact until today. By the way, the historic center of Krakow was one of the first sites to be declared a World Heritage Site by UNESCO (1978).

The huge market square is one of the main attractions in Krakow. In addition to its buildings and shops, it is always full of tourists, street artists, and sumptuous carriages.

Right in the middle of the square, there is a beautiful 14th-century building with several arches called Sukiennice. In the past, it was an important commercial center. Today, it continues to host numerous souvenir shops that make any tourist shopper happy. On the second floor, you will find the National Museum.

Below the square, one can find also another museum: the Museum of Krakow (Muzeum Krakowa). Buy your ticket in advance, as they are limited due to space.

Also in the square, there is the City Hall Tower. It’s what remains of the old city hall. In summer, it’s possible to climb its more than 100 narrow steps and be rewarded with a magnificent view of the square. Although the windows are small, it’s worth the effort!

Upon leaving, I’m sure you will notice (and take a photo) the huge bronze statue in the shape of a head, called Eros Bendato (Eros bound).

On the other side of Sukiennice, you will find the St. Mary’s Basilica. There are several legends related to this church. One is about the difference in the height of its two towers. It is said that 2 brothers were tasked with building the towers. Each was responsible for one of them. The youngest, seeing that the other tower was bigger than his own, kills his older brother and finishes the construction of his tower that becomes taller and more beautiful. Later, tormented by what he did, he threw himself from the tower.

Another legend is related to the Tatar invasions in the 13th century. During an attack on the city, a guard noticed the enemy’s movement and began to play the bugle to warn the inhabitants. However, an arrow went through his throat and the music ended abruptly. Fortunately, the inhabitants managed to defend themselves and today, in memory of that episode, every hour, a member of the fire brigade plays the bugle Hejnal and abruptly ends it.

If you want to pray, you can enter St. Mary’s Basilica for free. But if you just want to visit it, you must buy a ticket. Its interior is beautiful and colorful, however, what stands out is the vaulted ceiling, bluish and speckled with gold stars. It’s worth mentioning that, between 1952 and 1957, the priest of that Cathedral was Karol Józef Wojtyła, which became the beloved Pope John Paul II.

Founded in 1364, Jagiellonian University is the oldest university in Poland and the second oldest in Europe (the oldest one is in Prague). The building, which now houses the Jagiellonian University Museum (with an exhibition of instruments used in astronomy, meteorology, and cartography), had a very beautiful patio, which is worth a visit. At certain predetermined times (in winter it was every 2 hours) the old clock presents a parade of wooden figures for a few minutes. If you are around, you can enter to see the parade for free.

This place also has a sad history. During the German occupation, all 183 professors at the University were summoned to what they thought was a meeting, but, unfortunately, they were all taken to concentration camps.

Grodzka Street is one of the oldest streets in Krakow and takes you from Market Square to Wawel Castle. In it, you will find numerous souvenir shops (with prices more attractive than in Sukiennice), bars and restaurants. It is worth walking along Grodzka Street!

St. Florian Gate is one of the gates of the old wall that surrounded Krakow. On the coronation day, the kings passed through this gate to get to the Royal Route (the route that leads to the Wawel Castle, passing through the Market Square).

A small building located in front of St. Florian Gate is the Krakow Barbican. It’s a military structure that protected the gate from enemy attacks.

In operation since 1893, it is another beautiful building in the Baroque style of the formidable Kraków. At night, illuminated, it is an excellent setting for photos. Unfortunately, it is not possible to visit it. To get to know its interior, you must buy a ticket to watch one of its plays.

Church of St. Francis of Assisi

Built between 1237 and 1269, the Church of St. Francis of Assisi is one of the oldest churches in Krakow and it is said to be one of Pope John Paul II’s favorite places. It has a mixture of styles as a result of several fires and remodeling that it has undergone along the time.

Right in front of the church, in the Archdiocese of Krakow, is the Papal Window, where, in the late afternoon, John Paul II used to bless the devotees, whenever he came to the city.

Planty is a well-kept 5-km long green area that occupies the place of the old walls surrounding the old town. It is a very nice place to take a walk or rest if you have free time in Krakow.

Archaeological remains found that Krakow was already inhabited since Paleolithic times. However, it was since the 11th century, when King Casimir I made Krakow the capital of Poland (1038), that the construction of Wawel Castle began.

Krakow was the capital of Poland until 1596 when it was transferred to Warsaw. After this, the castle was abandoned. It was subsequently occupied by Austria during World War II, it was later controlled by the former Soviet Union and, finally, in the 1990s it was restored and opened to the public.

It is a complex of attractions composed of:

To visit the open area of the Castle it’s not necessary to buy a ticket. But to get inside the attractions it is necessary to book a tour. Check prices and times in advance, as they vary according to the seasons.

Kazimierz is the district that hosted Jews for over 500 years (during the Nazi occupation, those who were unable to escape from the Quarter were sent to the Podgorge Ghetto on the other side of the Vistula). It was the place where the scenes of the film Schindler’s List were recorded. Today it is the young heart of the city. Full of bars, restaurants, and artists, this vibrant region must be visited.

To visit the following tourist points of interest, you have to cross the Vistula River and walk about 30 minutes from the Main Market Square. You can also take a tram or get there by Uber.

Located near the Ghetto, this square was the place where the Jews waited before they were taken to the concentration camps. There are several metal chairs in the square that represent the belongings left behind by the Jews.

The Eagle Pharmacy is nearby the square. Less famous than Schindler’s Factory, it also played an important role in supporting Jews. Its owner, Tadeusz Pankiewicz, helped many Jews to escape from the Nazi regime.

Oskar Schindler is an example of bravery in saving Jews’ lives. His story was immortalized in Spielberg’s famous work: Schindler’s List. Oskar managed to save the lives of more than 1,000 Jews, employing them as employees of his factory, which today houses a museum dedicated to Krakow under Nazi Occupation (1939-1945).

Next to the Factory is MOCAK, the contemporary art museum, which has an excellent collection of art from the past two decades.

Remuh Synagogue was one of the most important synagogues before the German invasion. It is a very simple construction and next to it there is a cemetery that preserves tombstones written in Hebrew.

That’s where the Krakow ghetto was. On Liwowska and Limanowskiego streets you can still see parts of the wall.

Declared a World Heritage Site in 1978 by UNESCO, the Wieliczka Salt Mine is one of the day trips you can take around Krakow. It is necessary to go down 380 steps and go 3.5 km to discover the surprises of this labyrinth of countless chambers, galleries, salt sculptures, and machinery for the removal of salt.

The visit is guided. Tours usually last half a day. The tour is not recommended for those who have claustrophobia.

The Auschwitz Concentration Camp is a worldwide symbol of the holocaust. It was built by the Germans in 1940 and killed 1.5 million people.

Visiting Auschwitz it’s an extremely heavy experience with a strong emotional charge. Book the entire day for the tour as it takes around 1h30min to walk around its buildings. The full journey takes around 5 hours. After that visit, you will only want to eat and sleep.

Visits to Auschwitz Concentration Camp are always guided. Book your tour in advance.

How to get around Krakow?

You can get to all the old town attractions on foot. Schindler’s Factory is a little further away: about a 30-minute walk from the historic center. You can also get there by tram or by Uber. Tram tickets can be purchased at departure points and are valid for a period of time (20 min, 50 min, or 1 day, 2 or 3 days).

When to visit Krakow?

Krakow can be visited at any time of the year. However, because it has many open spaces, such as the Main Market Square and the Wawel Castle, the cold and wind of winter can disturb a little bit the visit. Between May and August, rainy weather can be expected, although the maximum precipitation is 80 mm.

How long should I stay in Krakow?

To get to know the historic center and its attractions, 2 days are sufficient.

However, check the opening hours of the attractions in advance and buy tickets in advance. We ended up not being able to visit Schindler’s Factory because the tickets were already sold out (our fault). If you are visiting the Auschwitz concentration camp, set aside a day just for him. Book another day to visit the Salt Mines.

If you don’t have enough time to visit Krakow, you can visit the Wieliczka Salt Mine on the same day you visit the historic center, but I don’t recommend it. You’ll certainly find the old city very pleasant and walking along its stone streets is amazing!

Don’t go to Krakow! You risk falling in love with the city, with the country, and you’ll do want to come back countless times! 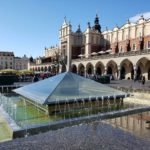 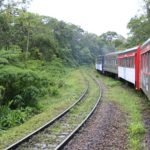